Although we started our trip in the Ijmuiden, which is in the North of the Netherlands,  where we took the boot to New Castle, we were already all very excited. Especially, my father and brother because we would end this trip in St. Andrews, heaven for golfers as they call it.

Before we were heading off to heaven, we first went to Edinburgh for 2 days. We slept at Hilton Carlton, which is located in the city centre. Therefore, we did not have to use the car because we could walk everything.

Edinburgh is a city which none of us had ever been yet. The days were very cold, we were walking from Nero to Starbucks to Patisserie Valerie (the restaurant where they have my favourite cinnamon roll). However, we also walked around in the city and it was beautiful but different than I expected. Honestly, the buildings were all very grey and sober which gave me a kind of sad impression.

Because whiskey is the most famous product in Scotland, we went to the whiskey museum. This was such an amazing experience. It was like we were in an attraction because we were sitting in a little car made for two persons, which took us around and then there was a man on a screen talking to us, explaining all the history about whiskey. Even though you may come to Edinburgh with little kids, this museum is the greatest! 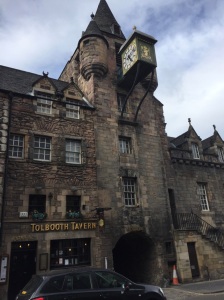 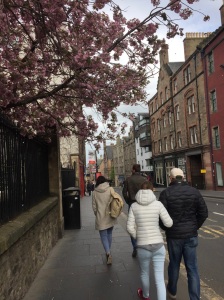 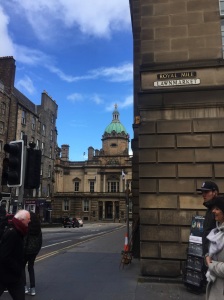 After those two days in Edinburgh, the men got impatient and were totally really to go to St. Andrews. It was not the first time for them because once in a while they go there with some friends for a long weekend. So, yes, when we were there. Of course, they needed to play golf. Besides that, we were sleeping in the Hazelbank Hotel and our room had the best view I had ever had. The rooms were perfect and the staff was so nice and generious.

The reason why St. Andrews is such heaven for golfers is because this is where it all started. St. Andrews has all the history of golf and besides that,  there is another special fact. There are a lot of golf courses, where The Old Course is the most famous one, which is also the most expensive and difficult one. Those golf courses are all blended together and lay just beside the coastline. A lot of jokes got made that they had to pay attention not to change of golf course. 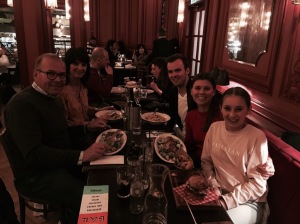 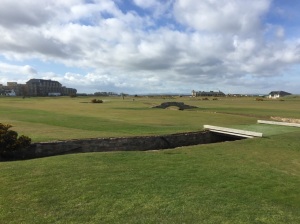 Because the men were most of the time playing golf, we, as the female side of the family needed to plan something else because waiting for them was not the thing we wanted to do those days. Going into the Highlands had always been something which my mom and I wanted to do. Because St. Andrews is not that far from the Highlands, which is an extemely big area, we hired a private driver who drove us all around. We were away for the whole day and although we were mainly looking through the windows, the views were amazing. We even went to Loch Ness, the mysterious lake where people many years ago thought to see a special animal in the water. 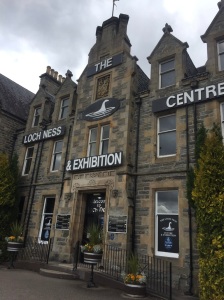 By the way, besides playig golf and buying golf stuff in all the golf shops, St. Andrews is also a “little” famous for their University. So, if you ever want to study abroad and are a fan of golf, you know where to go because this place is a bit of heaven.