We left our B&B Idle&Wild in Hazyview around 8:30 in the morning. Amazing people over there by the way!

The Panorama route has officially fifteen spots. They differ from falls to caves and mountain view’s. However, because we didn’t have the whole day we had chosen to go to five of them.

So, we started the Panorama route around 9:15 and the Pinnacle was the first stop. At most of the places was security where we needed to pay 10RD (0,65 cent) per person go park our road trip car! It was good that we started the trip early in the morning, because the later it became the more big touring busses arrived.

The Pinnacle has a beautiful view point with amazing nature around it. We felt so little and even though it is winter over here now, it was 31 degrees that day. Yes, you read that well, it is winter with 31 degrees. Not so bad he haha. 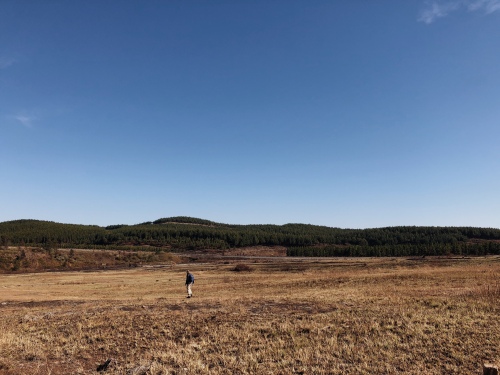 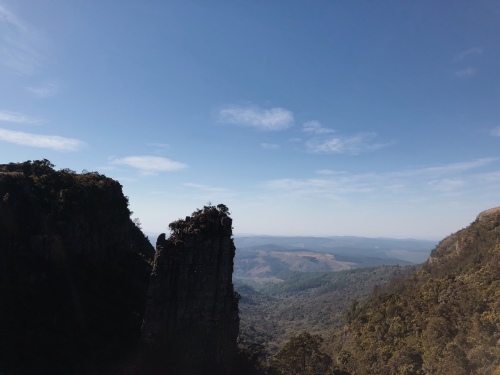 Next stop was God’s Window. After a short drive we arrived and with short I mean really short, like five minutes short. When I was walking up the stairs (120 stairs), I had enough time to think and I was wondering why I had only seen Dutch, Scandinavian, and Germans, and no French, Spanish, and/or Italians around here yet. Was it about the distance, the interest, the weather conditions, or maybe money? Just about when I finished my thoughts, an Italian family passed me, when later on a Spanish and then also a French family. So, no need to think it through anymore and without even thinking about it, I had already walked up the 120 stairs. Ready for the view with us/me standing a little bit in the way?! 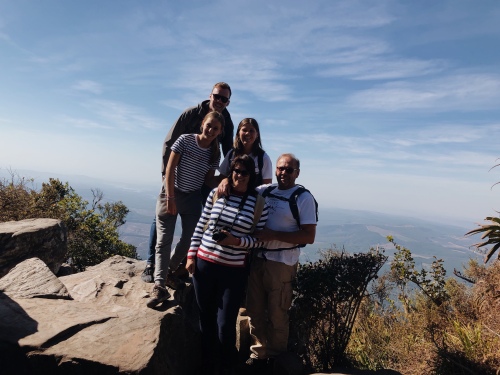 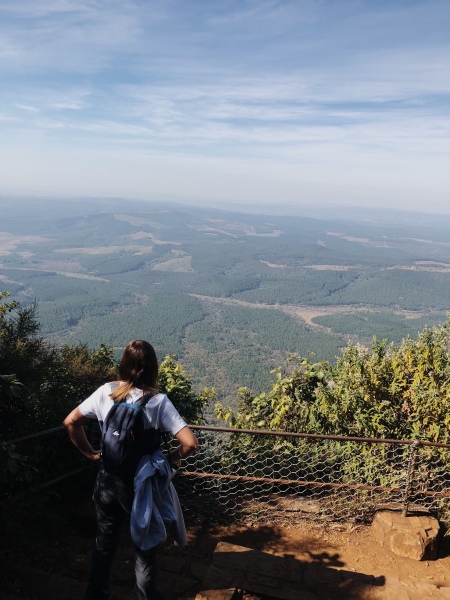 After this amazing view, we drove further on the Panorama route.. butttt now it comes, we needed to stop. We saw fire and lots of smoky clouds a bit further down the road. However, because this was sort of normal for us (around every 15 minutes we saw fire somewhere) we thought it was nothing special. This time, there was a police car and the man told us that the inhabitants were striking against the police and others with power. It was too dangerous for us to past, because they were on the road fighting as he said.

As people say; “more roads lead to Rome”, we tried to find another way. Unfortunately, it were too many kilometers and we would not have arrived at our new accommodation before it got dark. We decided to stop at a restaurant which we passed already on the way to get a drink and something to eat. It was a wild drive through middle of nowhere, but when we arrived, it was so calm, cute and the food was delicious (fresh grilled meat and chicken), although, the toilet was something new for me haha. 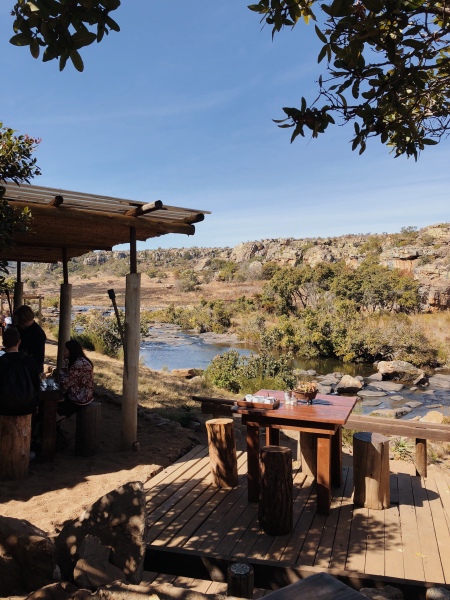 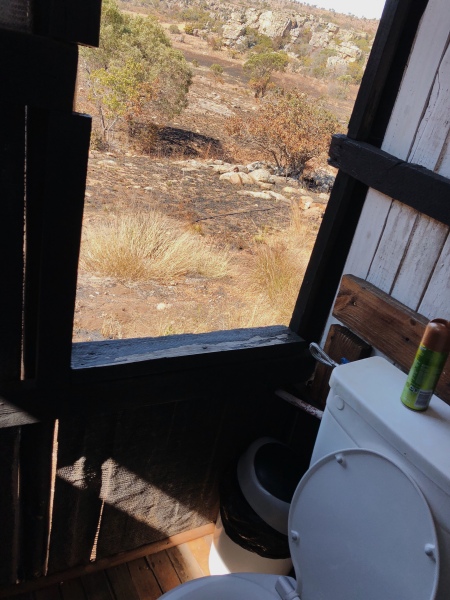 Still we could not enter the road.. All a bit disappointed because the other three which we still had planned to see where our favorites (from what we saw from pictures of the internet). We kept positive and said; “so this is also South-Africa, now we got a real story”.

We decided to visit some falls (on the picture you see the Berlyn Fall). It was lovely and quiet, and I was happy that we could walk/hike a little bit more than we had done the previous day. Stretching our legs, trying to get a little workout from jumping from stone to stone up and down hill. 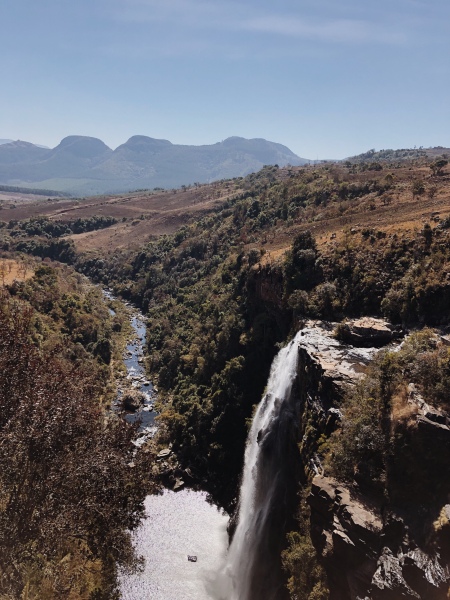 I have to say, that this route has amazed me so so much and let me relax and enjoy this country even more than I already did.

First some inside information, it will be easier to understand the route. So, the Garden Route officially goes from Tsitsikama (a nature park and yeah I know, what a name haha) to Mosselbay all along the coast. The most things to do are all around Tsitsikama. You have Nature Valley and the Suspension bridge which are most famous attractions. However, of course there is more, but that is of own interest.

We slept in Plettenberg Bay at the Piesang Valley Lodge. Plettenberg Bay is a lovely town along the ocean with (again) great restaurants and very friendly inhabitants. Besides that, has Plettenberg Bay a “treasure” as they call it themselves. Although it is actually called Nature Reserve Robberg, I would certainty agree with them on the fact that it is a treasure!

We did the hike around the mountain, only did the short cut (still took us two hours haha) because we didn’t have enough time for the whole route. However, it was a-ma-zing. The first time we did a real hike, with climbing the rocks on hands and feet, getting our heart rate high, and most importantly, it felt like we somewhere else than on earth. It was so peaceful, beautiful, I cannot describe it. Maybe the picture will… 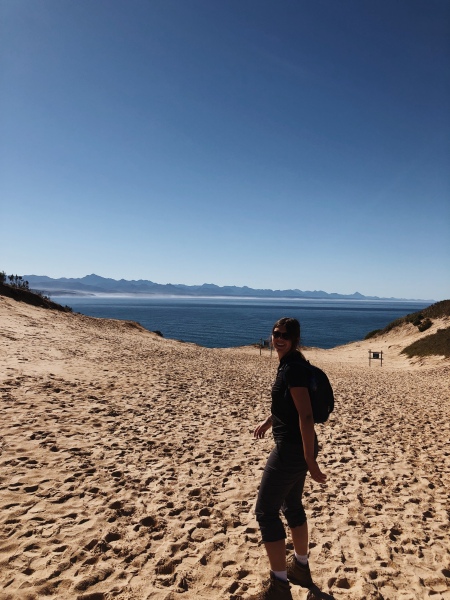 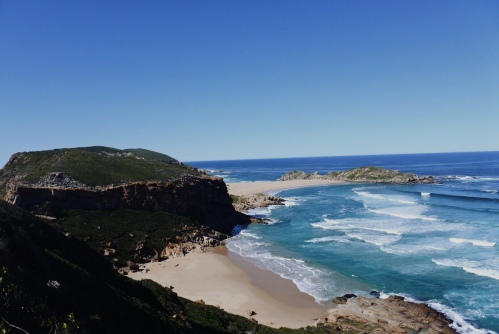 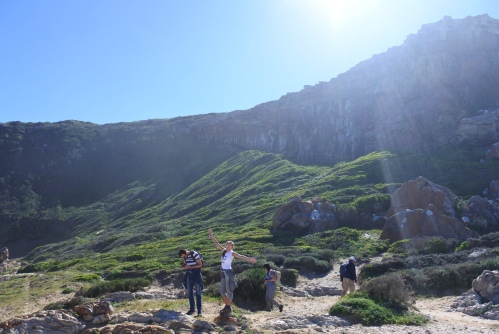 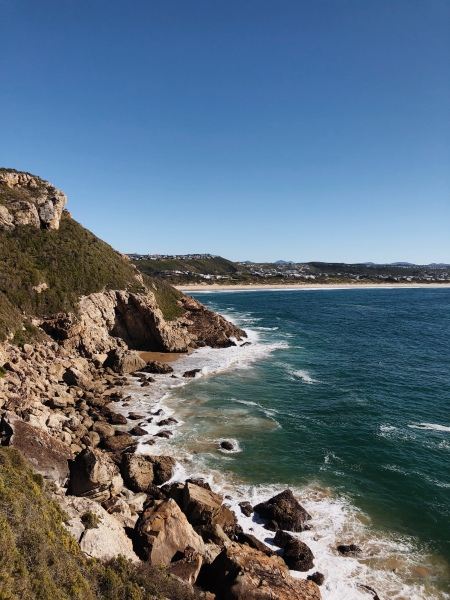 Moving further to Tsitsikama, we first went to the Suspension bridge. I should tell you that the bridge wasn’t really my thing, didn’t feel really safe… Of course, they others were laughing their asses off. However, everything else than the bridge was even more beautiful than Robberg. I tried to photograph the ocean a few minutes, because it was so powerful and intense. Yes, as you can read “I tried”, because the power of the waves didn’t come on my pictures as they look liked in real. 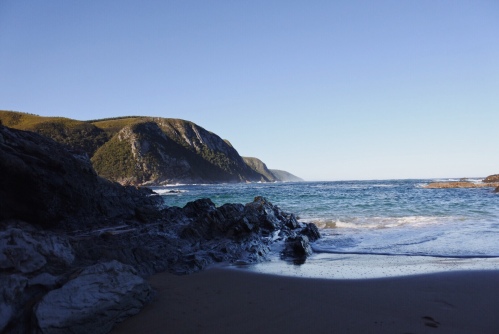 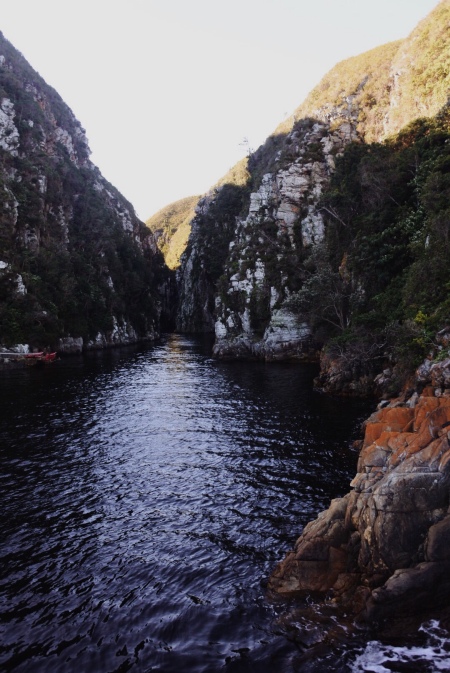 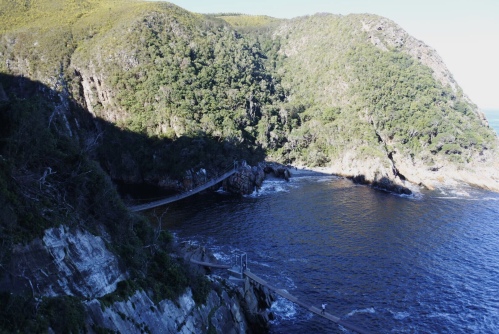 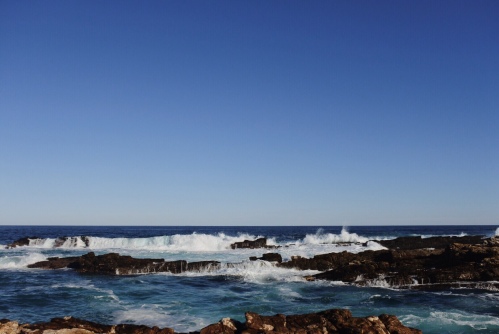 After that, it was time for Nature Valley. Honestly, it would maybe have been better to start with that because after we had been to those two amazing places, Nature Valley was like “Oh is this it?”. Still, it was a place that I would add to my list of “meditation places”. Although, I would probably add all places which have a beach, sea or ocean, add on that list though. 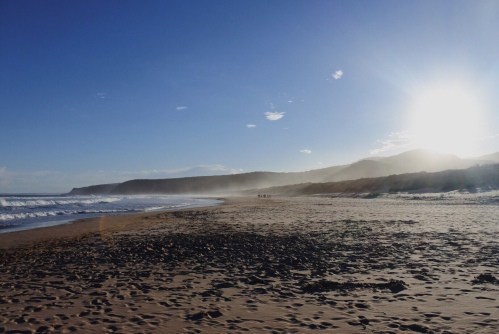 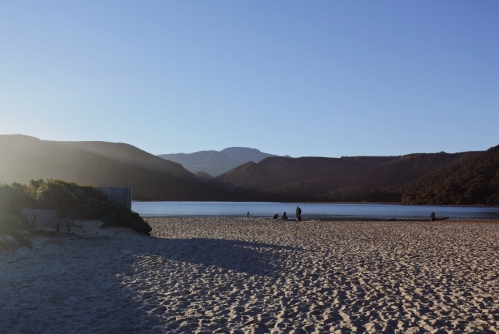 The last place we went to on the Garden Route was Knysna. It is really cute small village with a harbor, I called it “safe haven”, because Safe Haven is one of my favorite films and really had to think about that when I was in Knysna. 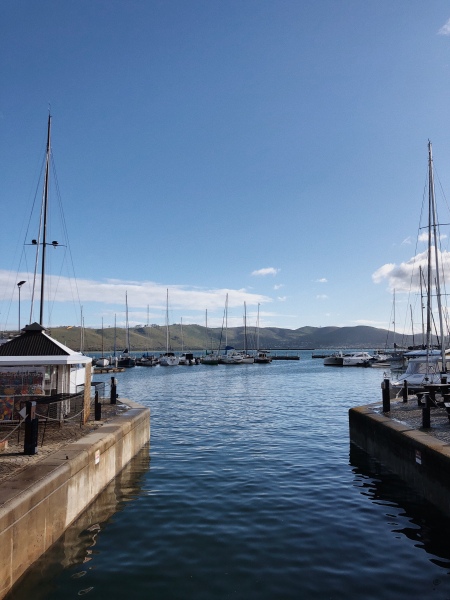 Those two routes are so different that it is not comparable to the blog about the game drives. Both have their specialties which I really liked. However, I came to the conclusion that wherever their is water (sea/ocean), I feel at home, in peace and am saying the whole time; “oh it looks so magical over here”.

We are now in Cape Town, totally different world again. However, I will tell you about that in a separate blog later!