Back to Argentina again, although I was not sure anymore whether I wanted to (I will tell you later why) and, therefore, already cancelled the trip in my head. This was before I came up with an amazing idea to have a relaxing weekend,

So, Mendoza is only one hour by aeroplane from Santiago. I could also have taken the bus for 8 hours for a much cheaper price, but I do value my time and prefer aeroplane over the bus. However, as I told you, I did not want to go there anymore. My reason for that is that I did not see the point anymore. I booked the aeroplane ticket and Hostel somewhere in October. People told me that I should go there because Mendoza is famous for their Argentinian vineyards and horseback riding through nature. No one told me to book one of the tours and just ask around in Mendoza, because that you definitely by cheaper.

For the ones that have been following me since the beginning here or on my Instagram, know that I have already done two horseback riding tours and one wine tour. Of course, it will never be the same as it would have been in Mendoza, but I just was not very excited. Also because I had been for already two weekends and really had a great time with my housemate Jules. My flight was with LATAM, a South-American aeroplane company. It was not possible to cancel my flight or change it. The hostel I booked, like always, through Hostelworld, where it is until 24 hours possible to cancel your stay. So, I decided to leave it like this, stay at home, and leave the money for the flight.

This was all until five days before I went to Mendoza. The last days and weeks I did not feel very well. It felt as if I needed some rest. A rest that I knew I would not have been given in Santiago. I was in the mood for a massage and some real time for myself, although, I missed it to have some people around me. It was an impulsive thing (like I am) and booked a room at the InterContinental Hotel for three nights.

What did I do?

The reason why I choose this hotel is because it has a SPA, swimming pool and gym. Besides that, did it all look very good and could I get a good deal on Booking.com, because yes, the hotel does have quite some stars.

I arrived Friday in the afternoon and immediately booked a massage and a facial for Saturday and Sunday. My entrance felt sort of uncomfortable. I walked in with my backpack and just normal clothes, however, not as fancy as the people I saw where walking in. The people looked at me as if they were thinking that I was lost, not as if I was also sleeping here ha-ha. The employees were, by the way, all so kind and lovely, and it was the first time that I was somewhere where everyone could speak Engish properly. Sort of necessary when you are in a hotel like this, in my opinion.

Being in this hotel for four days was an experience. To start off with the lift. So, yeah when I wanted to go to my floor, I had to put my pass in the same sort of machine that you also use when you open your door, and then after it gives the little green sign, you are able to click on the number of your room. I was so laughing and enjoying this, had never seen it before. Second of all, the “feeling like a princess” feeling. Everywhere you come in the hotel, people want to make sure you are okay and havig a good time. When I needed a car they arranged it for me and called me when he was there. The hotel employee who also carries the luggages (forgot the name of that job), introduced me to the taxi driver and told him where he should go to. Yeah, just a normal twenty-one year old student. You can probably guess that I laughed my ass off, because of this. Nevertheless, I stayed in my role and just pretended as if eveything was very normal to me ha-ha. Oh and another thing, I got asked many times was: Where is your boyfriend? Is he sick in the bed? Are not you here with friends? etc. etc. etc. Yes, I kept laughing and laughed a lot.

The room service was delicious and the mini bar was even better. I tried not to eat too much, but sometimes, they just kept calling me. Could not resist it. Oh and now we talk about food. I want to show you those. Typical Chilean/Argentinian cookies with Dulce de Leche, it is sweet and amazingly delicious. I will for sure take some home for my family, if you would like to have them too, you can always request ha-ha.

Here beneath some pictures of my bathroom . I loved to lay on the bed and watch some nonsense television after I had been in the sun the whole afternoon. Because yes, that I what I mainly did. It was around 32 degrees and they had a terrace with sunbeds and a bar. Perfect! 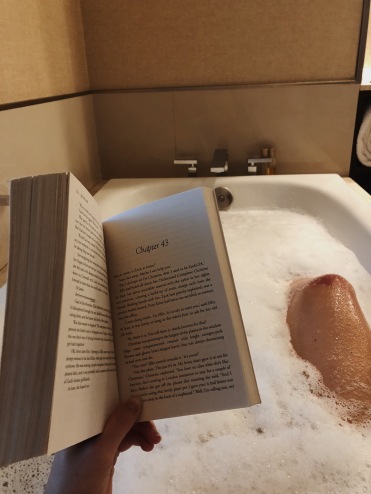 Processed with VSCO with m5 preset

Processed with VSCO with m5 preset 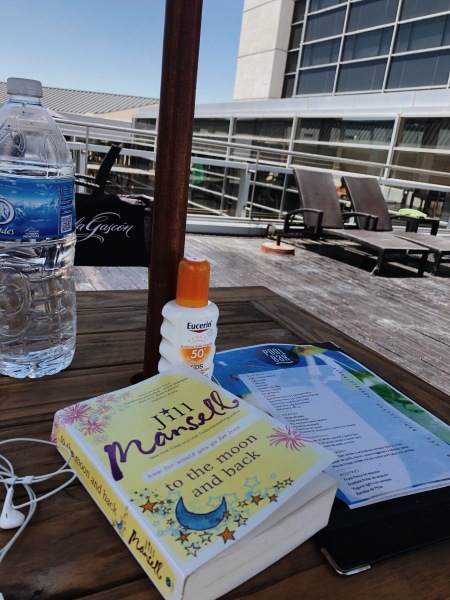 Before I would lay in the sun from around one o’clock, I always first had breakfast around ten o’clock (breakfast was until eleven!! Happy me) and then after I went to the gym for around one and a half hour, took a shower and put my bikini on. All the days, I was there, there were the same people. It was even like, therefore, we created a sort of bond. Maybe that was also because I was alone, because with everyone who started to talk with me I immediately had a conversation for like five or ten minutes.

My two massages were both planned around dinner and they were the best I ever got (sorry dad). Again, also here were the people so nice and made you feel special. There was meditation music on everywhere, but still, in the beginning it was sort of difficult to relax. It may sound weird but Sunday was the first day that I was finally able to relax. Maybe because I had not feel like that for a long time that also took longer to get it back. In the end, it all felt good and I am very happy I gave this to myself. I finished my weekend at one of the best pizzaria’ town and gosh, it was so good that it felt like I was in Italy!